Homeowners and gardeners around El Paso often find ‘mystery trees’ popping up in flower beds, inside shrubs, and under the eaves of houses or garden sheds.  Allowed to grow, the trees quickly become small to medium sized trees. While happy to have a free shade tree, property owners may soon notice that something decimates the leaves on their volunteer tree every year. Chances are that ‘mystery tree’ could be a Siberian elm (Ulmus pumila L.): a hardy, quick-growing tree found throughout the Southwest that can reach heights of 50 to 70 feet under the right conditions.

This elm flowers early each spring and produces lots of flat, wafer-like seeds that are scattered on the wind. If blown into an area that provides adequate moisture, like arroyos, garden beds, or beside a building, the seeds germinate and produce more Siberian elms.

Once a single tree is established, it can rapidly produce a stand of Siberian elms that prevents the growth of desirable plants. An over-population of these elms throughout New Mexico prompted the state to officially declare Siberian elms to be noxious trees.

Besides being unwelcome in New Mexico and several other states, Siberian elms also attract the elm leaf beetle. Both the beetle larvae and adults dine on elm foliage, skeletonizing the leaves.  With up to three generations of elm leaf beetles being produced annually, infected Siberian elm trees may become really ragged by fall. Adult beetles may also become in-home pests by entering houses in search of a warm place to over-winter.

The beetles and larvae may be controlled with insecticides; however, the migration of adults from untreated trees in the area can result in re-infestation. One publication notes the cost of removing a Siberian elm tree might be less expensive than paying for the recurring control measures. Siberian elms in our area might sometimes also be hosts to the elm leafminer, another insect that attacks elm foliage.

Siberian elm seeds often germinate in spots in the landscape that we’d rather they didn’t, like too close to buildings or under power lines. But be warned! Cutting down an established Siberian elm tree may result in multiple Siberian elm saplings springing up throughout the landscape. 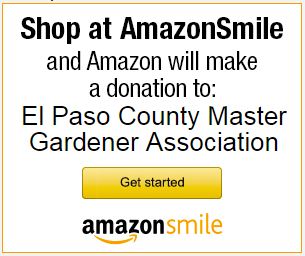